(…) In Szabolcs KissPál’s docu-fiction, Amorous geography the colonial imagination of the late 19th century is shifted and adapted to Transylvania, Hungary’s dreamland, a „lost paradise” detached from the country after the Trianon Peace Treaty in 1920. The subject is generally avoided by contemporary artists, as it has been appropriated and used by politics and by the extreme right wing. The revanchist Trianon-discourse provided, and still provides, a container for projecting interwars feelings and desires onto it, such as melancholy over the loss of the imagined grandeur; the pain of defeat and humiliation, as well as putting away the sense of any responsibility.

Taking the fantasy of Transylvania as the nest of essential Hungarianness to the extreme in his video by showing a scene of Admiral Horthy examining the best available prototypes of the species to exhibit in the Zoo, KissPál breaks the illusion of the sacred bond between the caring “mother-state” and the helpless kinsfolk beyond the border of the shrunken motherland. Thus, he reveals the hidden colonial nature of the overheated affection that can be successfully mobilized in any time of crisis or conflict in order to distract attention away from real social problems.

By way of a kind of psychoanalytic assessment of unconscious motivations and desires that underlie this love-affair, the artist reverses the narrative of the passive and suffering victims of an unjust peace treaty into the narrative of an active and aggressive colonial power unable to cope with its own historical accountability. The work calls for reflective reevaluation and renegotiation of this (chosen and dearly embraced) traumatic event. (…) 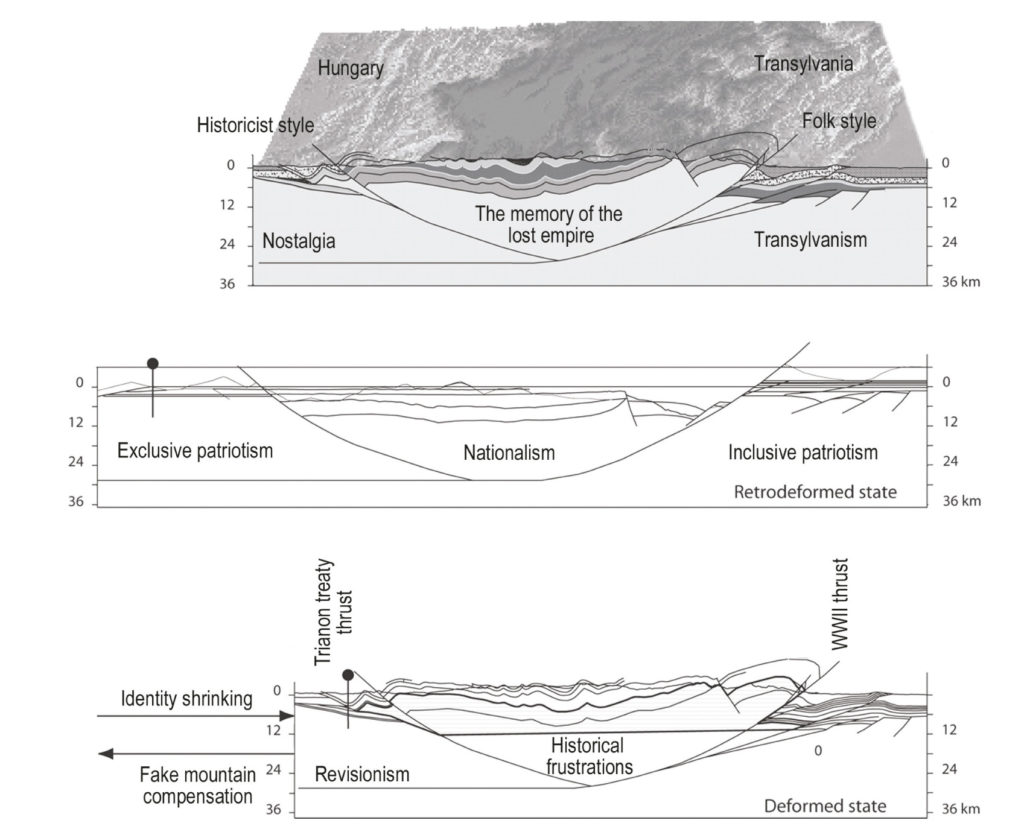