from fake mountains to faith

From Fake Mountains to Faith (Hungarian Trilogy), examines the complex and shifting relationship between the authoritarian turn and development of ‘illiberal’ Hungarian state policy and the political and cultural philosophy that operates as its ideological basis. The project takes Hungary as a case study of the global emergence of this particular  philosophy. The narrative demonstrates how the current re-emergence of irredentist symbolism and the discourse of ‘revisionist nationalism’ and reconciliation hold a sustained and systematic place in politics. Through counter-fictionalisation (operating as the ‘potential to deconstruct the myth from within’) as its methodology, the docu-fiction project presents an analysis of the formation of national mythologies, their persistence and changing role in both political and everyday representation. With an interest in the relation between ethnicity, nation formation, and nationalism, the author’s approach is corrective to past and present intellectual orthodoxies. It also addresses the main issues of national religion—that syncretic mix of elements from folk Christianity and Neopaganism—and their penetration into all aspects of everyday life.

From Fake Mountains to Faith (Hungarian Trilogy) is made up of two docu-fiction videos: Amorous Geography (2012) and The Rise of the Fallen Feather (2016), and an installation The Chasm Records (2016) that presents a fictitious museum setting. Within a larger historical and cultural framework, the work establishes interconnections between the three major elements of the state philosophy in question: the symbolism of the ‘ethnic landscape’ and political geography; the romantic historiography of national myths of origin; and Turanism, a re-emerging form of political religion.

The trilogy is intended to be used as a documentation, a history book and a novel. 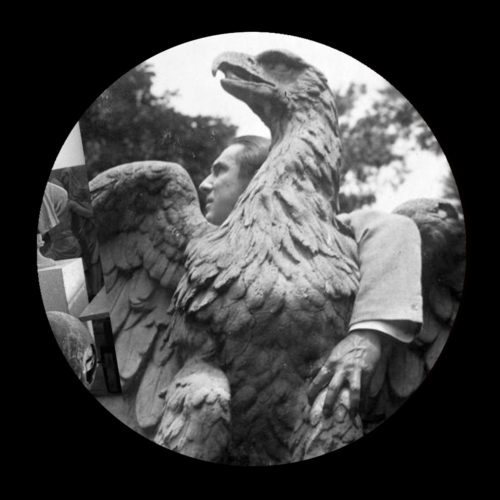 the rise of the fallen feather 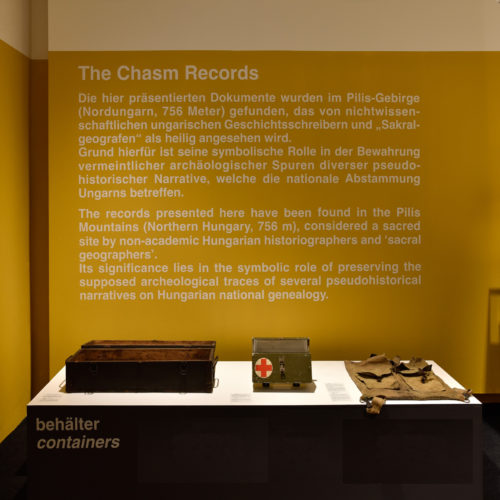 The project was produced in 2016 by
Edith-Russ-Haus for Media Art – Oldenburg,
with the support from Stiftung für Niedersachsen