The records presented here were found in the Pilis Mountains (Northern Hungary, 756 m), considered a sacred site by non-academic Hungarian historiographers and “sacral geographers” for their supposed symbolic role in preserving the archeological traces of several pseudohistorical narratives on Hungarian national genealogy.

Furthermore, the site is considered by the same speculations to hold the heart chakra of the whole earth, located on the intersection of the “main spiritual world axes,” a place of miracles with global, universal, even astral significance.
For many Hungarians, the mountain represents the geospatial locus where their genuine national identity is rooted.

An amateur archeologist was the first to research the most enigmatic site of the mountain, the Moonshine Ditch (47°40’14.0″N 18°58’02.0″E) in 1939. His dig was followed by a large number of fringe archeological excavations widely referenced in popular historical discourses. Among others, a well-known Hungarian rock musician and composer (Levente Szörényi) initiated a series of new excavations following the 1990 regime change. His research continues to the present day. The current find containing a number of objects and documents from the Hungarian interwar period was discovered on their camp on May 29, 2010, by an anonymous group of fringe archeologists. Since 2010 there has been a growing political interest in the ideology of the so-called Horthy era of Hungary (1919-44, named after the national-Christian governor, Admiral Miklós Horthy). Historically, this era coincides with the post-Trianon period (1920-), deeply influenced by the geopolitical and social consequences of the Versailles Peace Treaty, a trauma that together with the Hungarian Holocaust (1941-45) has had a long-lasting effect on the development of Hungarian society to the present times. Under such circumstances, the significance of the find was broadly debated by occultist historian and political circles. Negotiations were conducted by the government to procure and include the objects in the collection of the Hungarian National Museum. The genuineness of some of the items sparked controversies and the archeologists were accused of counter-feiting some of the objects. As a result, they decided to sell the artifacts through an online auction, where an enigmatic collector, who wants to keep his identity secret, purchased them. They were found at 56 meters from each other, separated by a small ravine therefore named Chasm Records.

They consists of an: – an ammunition box (CR/EAST006) and – a backpack (CR/WEST007) with a first aid kit box (CR/WEST008).
Both of them are dated to WW2, and the possible owner of the second one has been identified: Tamás, the sender of the postcard CR/WEST009. The narrative presentation of the records identifies the two main constitutive elements of national becoming: political religion as a tool, and the act of exclusion from the collective memory as an objective. The collection of 70 genuine objects is accompanied by 46 printed (CR/DOCXXX) and 11 video documents (CR/VIDXXX) contextualizing the items. 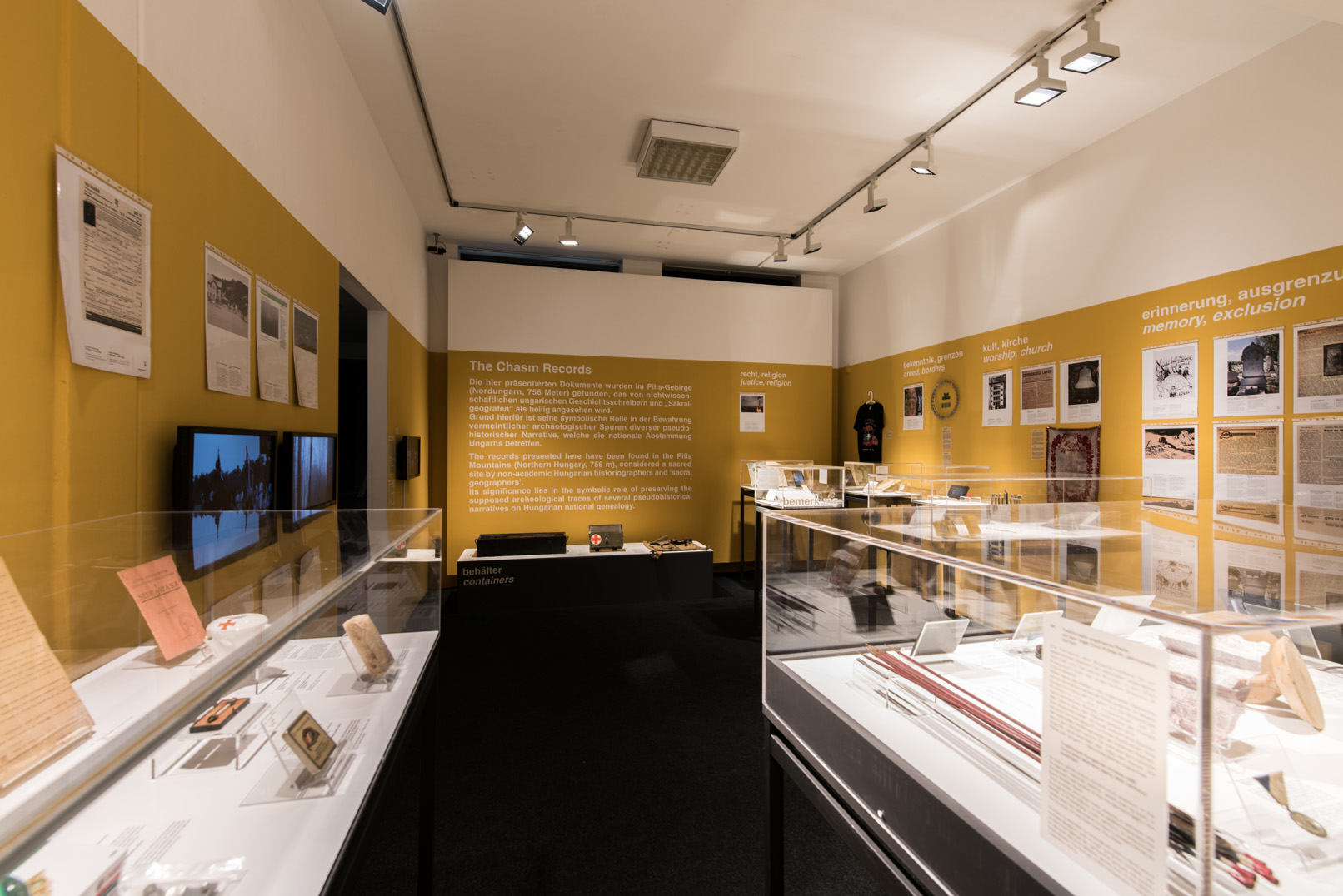 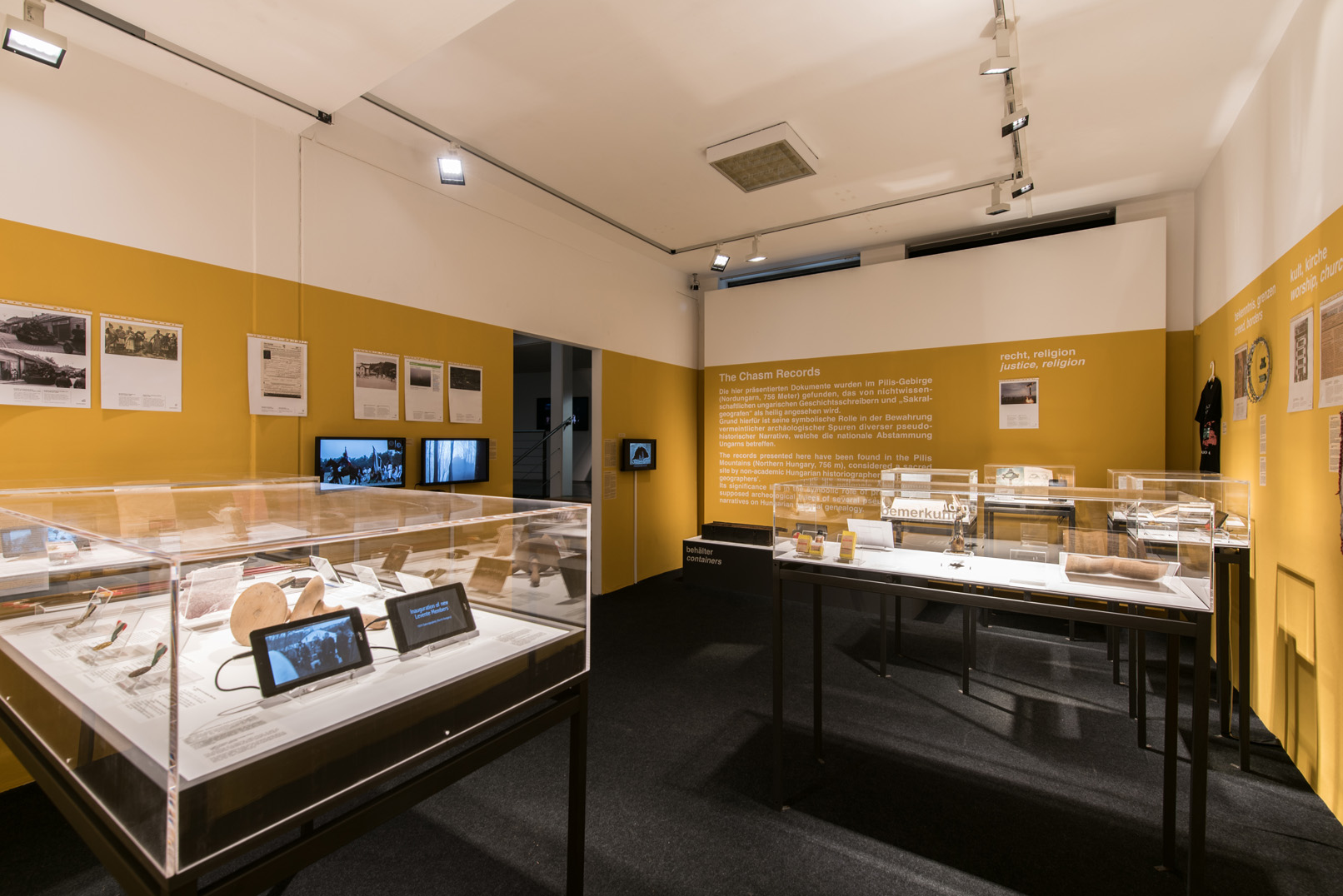 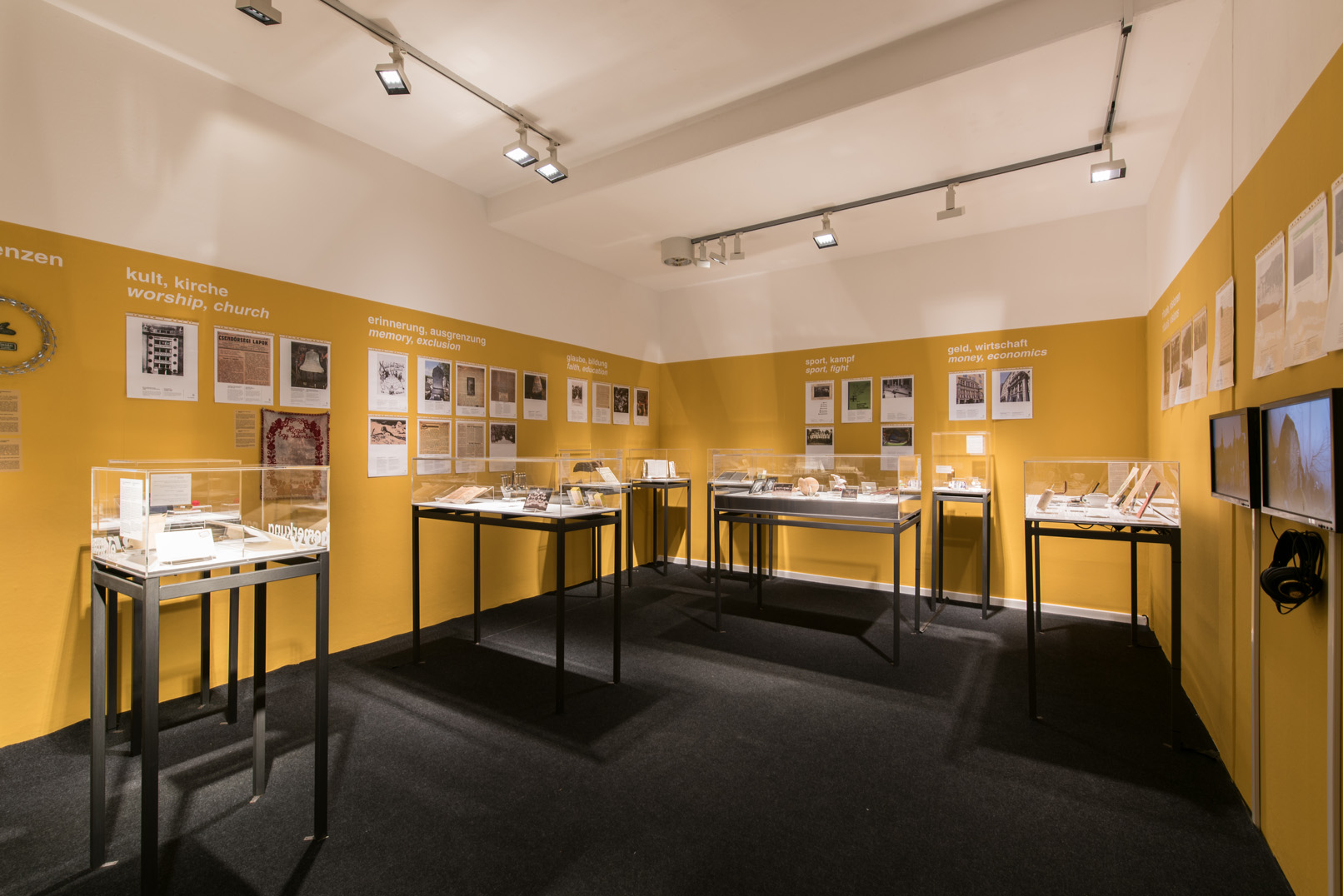 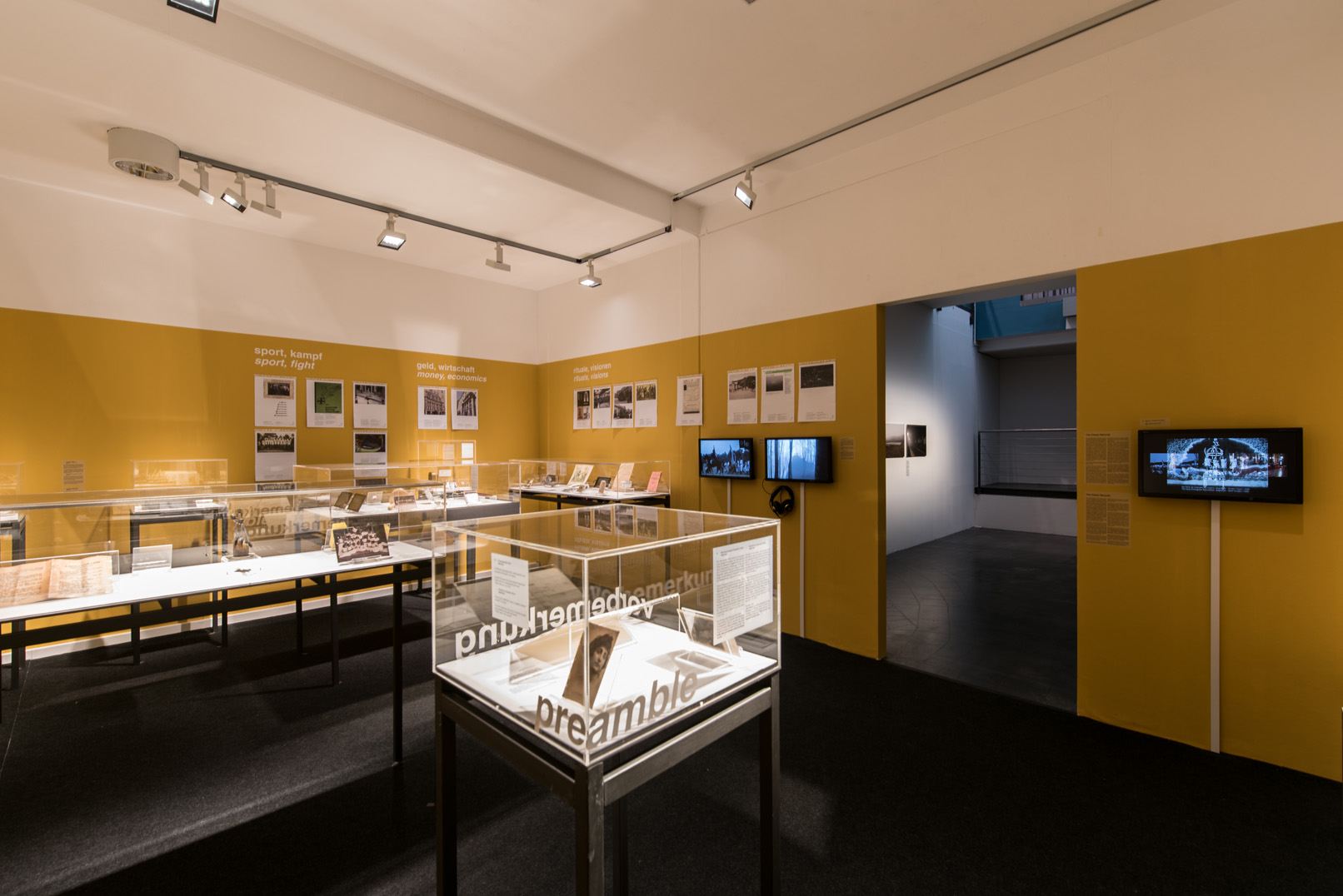