(…) Szabolcs KissPál and Mahmoud Khaled’s exhibition On Building Nations (August 19–October 23, 2016), was the result of Edith-Russ-Haus’ annual production-oriented grant, provided by the Foundation of Lower Saxony, which enables the realization of three projects per year through an open-call process. Grants are allocated by an international jury that includes the curators at Edith-Russ Haus, and for this particular grant, as directors of the Edith-Russ-Haus, Edit Molnár & Marcel Schwierin, explain, ‘the judges immediately saw the possibility of staging a full double exhibition primarily based on the plans [KissPál and Khaled] had included in their applications,’ thus leading to ‘a unique collaboration.’ This two-part conversation allows for the regional specificities of each project to be critically addressed, whilst bridging the works of both prizewinners. Szabolcs KissPál speaks to Edit András, an art historian with a research focus on Central and Eastern Europe and Russia; and Mahmoud Khaled speaks to Alexandria-based Egyptian political sociologist, Amro Ali. (…) 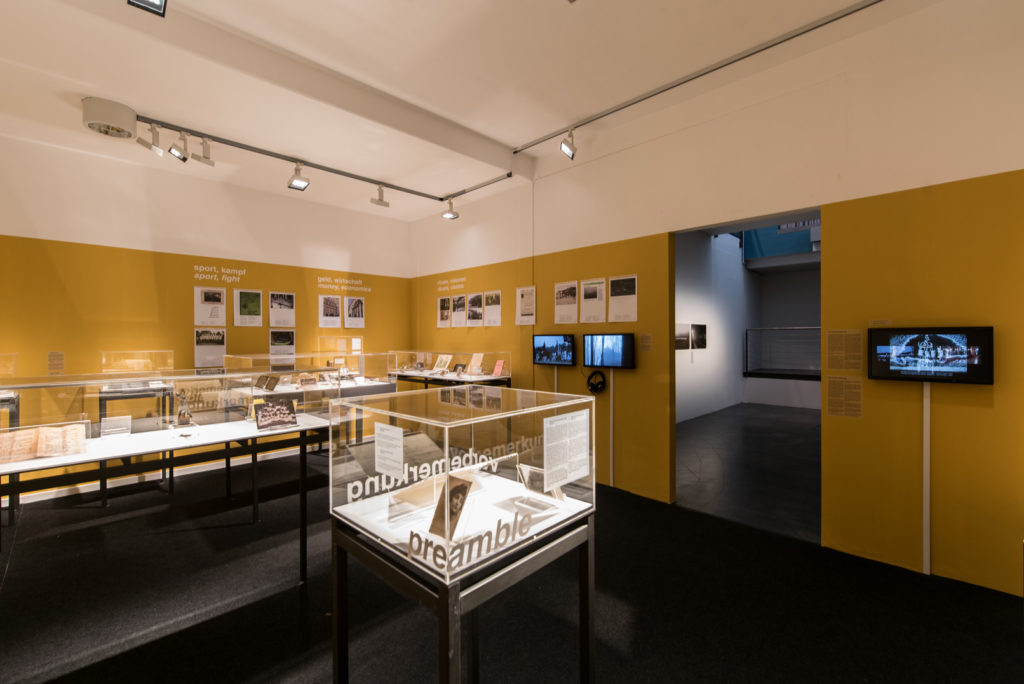