(…) „But the star of the show has to be Szabolcs KissPál’s From fake mountain to Faith (Hungarian Trilogy), whihc includes a fictional museum, The Chasm Records, and two fictional documentary films, Amorous Geography and The rise of the fallen feather, whose footage, sourced form MANDA, the Hungarian National Digital Archive, fabricates the truth of nationalism as a kind of mythic religion whose unbounded belief systems are always ready to be activated by irredentist zeal. The ambitious work draws parallels between the resurgence of this zeal in Victor Orbán’s Hungary and the fascist-nationalist era (1920-1944), making associative connections between the national trauma of the Treaty of Trianon in 1920, as a result of which Hungary lost more than two thirds of its territory and more than half of of its multi-ethnic population, and the Holocaust of Hungarian Jews. Normally I bore easily in relation to museumified art, but the meticulous and sensitive balancing of information and fantasy drew me in, affecting me with and encroaching bodily awarness of the vitality of totemic warmongering sentiments at work today.” (…) 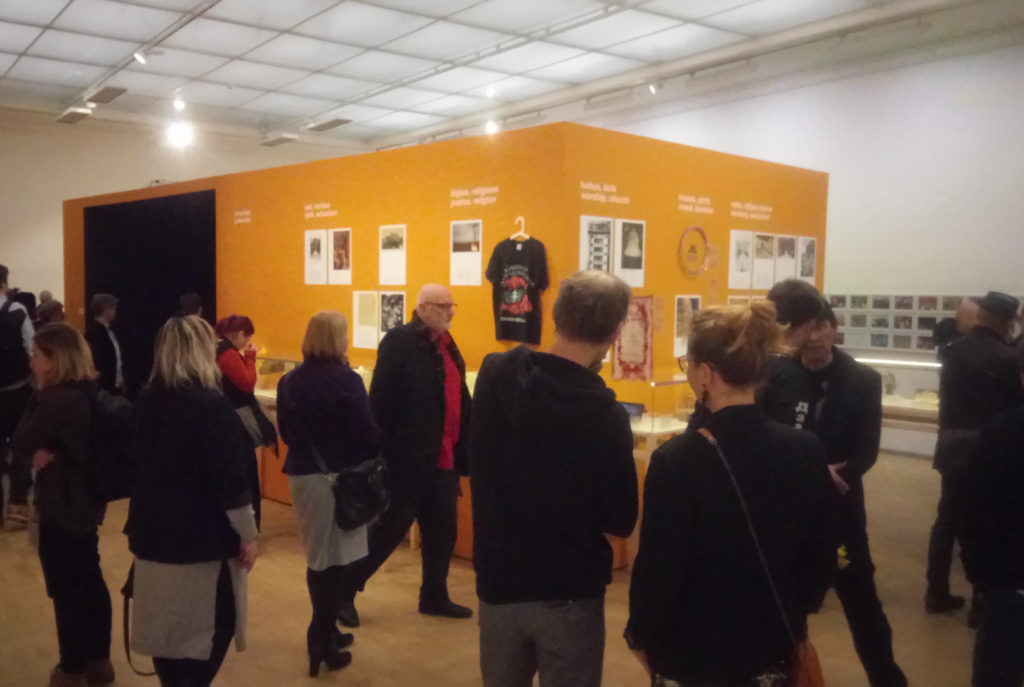