Markéta Jonášová: Hungarian Art in the age of Viktor Orbán

(…) Benedict Anderson’s notion of the imagined community and his analysis of nationalism, originally published in the 1980s, has been revived by many Central European researchers and artists. The idea of nation as a constructed entity, held together by complex politics of memory, was particularly formative for Szabolcs KissPál’s project From Fake Mountains to Faith: Hungarian Trilogy. The project consists of two films, which could be characterised as fictional documentaries, and an exhibition of a fictional collection that includes found objects, printed materials and videos. Using conventional exhibiting strategies, such as exhibition labels, lighting and framing, KissPál narrates a story of objects, which were supposedly found in the Pilis Mountains. The mountains are claimed to be an important site for Hungarian national mythologies, where many believe the true Hungarian identity has its roots. The objects on display were allegedly found by a group of anonymous archaeologists on the 29th May 2010. According to the anonymous yet authoritative curatorial voice, there has been a growing political interest in the ideology of the so-called Horthy era of Hungary since this date (which coincides with the date when Orbán took the oath of office after the decisive victory of Fidesz). In his project, KissPál uses real artefacts to demonstrate how collective ideas of history and national identity can be transformed according to the current political agenda, particularly with respect to Viktor Orbán’s invocation of the authoritarian regime of the Christian-nationalist Miklós Horthy. Rather than remembering that Horthy sided with Nazi Germany and was responsible for hundreds of thousands of military and civilian deaths, Orbán revokes Horthy’s aim to re-establish the Hungarian state on neo-feudal, Christian-nationalist foundations. In his work, KissPál reflects on symbolism accompanying Orbán’s appropriation of Horthy’s political strategy. His project should be – in different instances – on display in every national museum, and especially in the Hungarian one. Since 2016, it has been on display in galleries in Oldenburg, Cluj, Prague, Dublin, Tallinn and at the OFF-Biennále Budapest. (…) 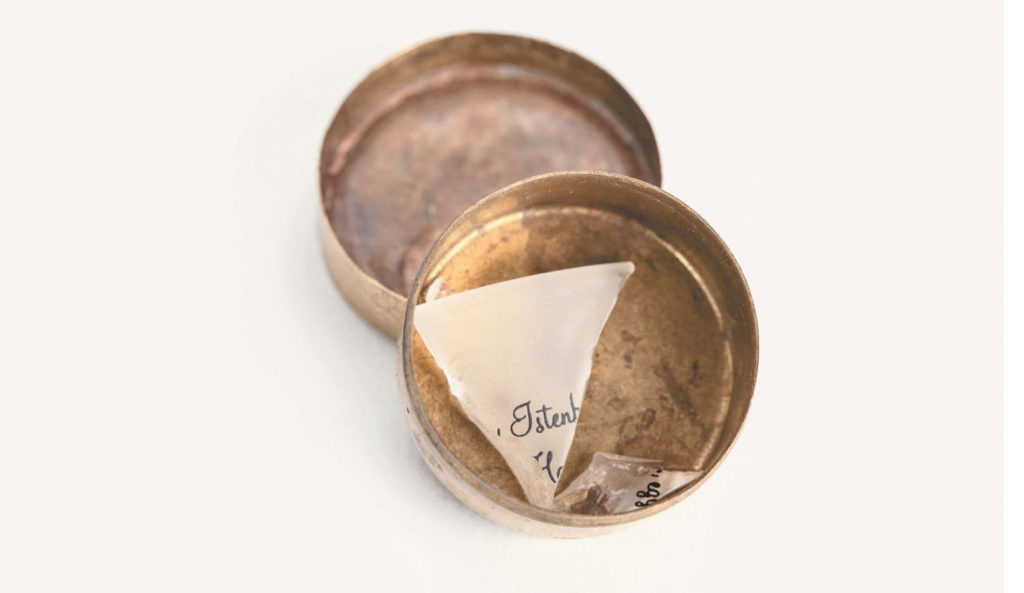